Andy at the Altar: Taste This

Andy at the Altar: Taste This 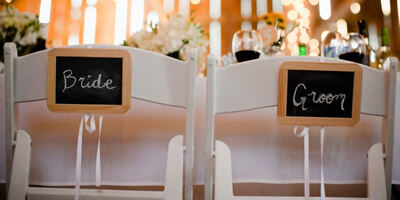 When I first started writing posts for this blog series, the content was minimal, the array of subjects to write on was small to nil—the good news is I can no longer say that. As weeks chip away to months, “the day,” which, in September, seemed like nothing more than a foggy dream has started to become a visceral reality. How so? Because now we are in the trenches, a mere 5 months away1, and there is still much to be done. With the “Save the Dates” out2, we have started thinking about the actual invitations3; making decisions about transportation from the wedding’s location to the reception4; what I’m going to wear5; which floral arrangements we’re going to use; oh, and who knows what else I’m missing!!!!! Luckily, there has been at least been one decision made, and it just so happens to have been what I was looking forward to the most…what food is going to be served at the reception.

On a recent typical spring New England afternoon, with the weather still in a state of hesitation, the soon-to-be Mrs. and I arrived at the Wachusett Village Inn just shy of our scheduled 4:00 pm tasting, with the in-laws soon to follow. After meeting the hostess, we were seated immediately after being greeted and the food, from that point on, came in an onslaught to the taste buds for close to forty-five minutes. May it be noted that prior to the tasting, we were asked to choose various items for each respective course of the 4 course meal. We had 5 choices for hors d’oeuvres6, 2 for the appetizer, all of the salads were offered for tasting, and 4 entrees. Keeping our guests in mind, as a considerable amount of them are vegetarians, our choices and the results are as follows:

Originally, we intended to taste the Mediterranean Display, which consists of hummus, red peppers, Kalamata Olives, and a plethora more, however, it was not available for private tastings, which ours happened to be, so one of the aforementioned items was thrown in as a wildcard. After everyone sampled each hors d’oeuvres, discussion was brought forth about which were keepers and which, if any, would be lost to the Mediterranean Display. It was unanimously decided that the Mini Beef Wellingtons, although quite tasty, would be cut.

To be honest, the winner should be a given. As good as the Roasted Butternut Squash Bisque was, and this is coming from someone who typically does not prefer squash, it had no chance. The ravioli will, by far, be a better fit for the guests…(well, I hope.)

This course was chosen solely out of consideration for our guests. Normally, the Radicchio, Bib, Belgian Endive or the Red and Yellow Beefsteak Tomato and Fresh Mozzarella would have been our choice, with more preference going towards the latter for me. However, those are some choices for people who really get into their salads, those who want something more than just the normal greens, shredded carrots and other standard topping. Seeing how a large portion of our guests are not those kind of people, we decided to go with the Caesar salad. I mean, like it says, it is a classic.

Course 4 – Entrees – Two to be chosen

Coming to a decision for the entrée was a little more complicated than we originally anticipated. Every course had a wonderful presentation and was tasty in its own way. What came to light, after giving everything a once over, was the limited options for those who are not vegetarians. If we decided to have one meat dish and one vegetarian dish (of which there was only one option) it wouldn’t be as diverse a choice for those who do eat meat. Seeing how everything tasted great, we asked if there was the option of just ordering the number of vegetarian plates needed. Thankfully, the venue was flexible (as they have been with many other things) and said it would be no problem. In the end it was decided that the Chicken Saltimbocca and the Maple Teriyaki Caramelized Salmon Filet would be the winners. This way, if there were any pescetarian’s or people with dietary restrictions, there would be a choice for them as well. Both the bride-to-be and I were extremely pleased with how we were able to meet everyone’s needs, and with excellent food at that.

Thus ends this chapter. What will the next post be about? It’s hard to say, but it probably won’t be as tasty as this one.

1 Quick realization
2 For those dying to know which “Save the Date” we decided to send…after more deliberation (much more) we finally were able to settle on sending them on flat paper, rather than glossy.
3 Which is all that has been done
4 My vote is for good old Cheese Wagons
5 Apparently black Florsheim Hugo’s are NOT ok
6 Said in the most obnoxious way possible
7 Not to be confused with “soup”

‘tis the Season for True Love 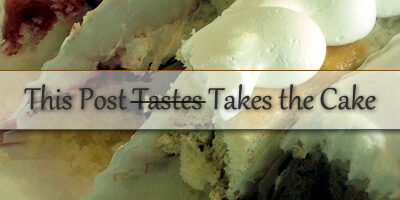 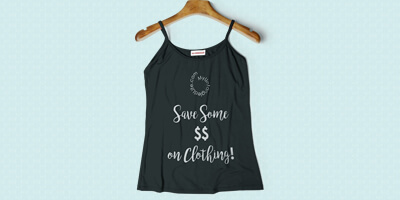 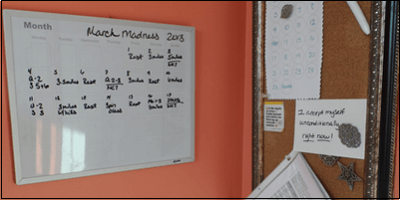 Motivation Board, What Motivates You?