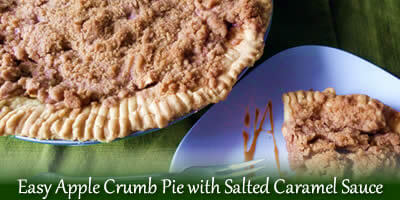 Believe it or not, I used to be a bit afraid to bake pie, especially a pie with a double crust. My Gram was always the one who made pies in our family. They had a fantastic, crisp, flaky crust that she often sprinkled with cinnamon sugar. For one of my first Thanksgivings away from home I offered to make a pumpkin pie. How could I go wrong?

I found a recipe, bought a frozen pie shell, and proceeded to use pie mix filling instead of pumpkin puree. Well, I spilled pie filling all over the oven, had to run to Safeway late on Thanksgiving eve to get new ingredients, and never quite lived it down! I am proud to say that I have stepped up my game. I have since not only mastered traditional pumpkin pie but also expanded my repertoire to include Double Ginger Pumpkin Pie, the ultimate in pumpkin pies.

As much as I love pumpkin pie, apple is always one of our favorites. Here, too, I started out making pie with a recipe that did not require that I make my own crust. My family got this recipe for Apple Crumb Pie from an orchard one year. It was one of the first apple pie recipes I tried to bake. Recently, my Mom invited us over for Sunday dinner. She was making pot roast–another of my Gram’s specialties–for the first time. It seemed only fitting that I bring pie for dessert, but I was short on time. So I decided to go back to this old classic.

I sometimes make this recipe with my own crust (typically using the King Arthur Flour All-Butter Pie Crust recipe), but, where I was short on time, I decided to use a store-bought crust. If you are crunched for time or prefer not to make your own crust, I like the frozen crust from Trader Joe’s best. With this filling, you can’t go wrong. While I was at Trader Joe’s I also picked up a jar of their Fleur de Sel Caramel Sauce to serve with the pie (to gild the lily, as my Gramp would have said). You can certainly serve the pie on its own, with ice cream, or with a homemade salted caramel sauce, but this combination was divine.

This recipe is a good one to have in your back pocket for the holidays. It is tasty. It can be easily made with a few shortcuts or can be all homemade. Anyway you make it, it will be a crowd pleaser. For other ideas, be sure to check out “Thankful for Pie“, the KatTreats Pinterest board with pins from the MyUntangledlife.com bloggers. I am not sure which recipe pinned there to try first!

For the apple filling

For the crumb topping

For this recipe I had a little help from Trader Joe’s. Their frozen pie crust can almost fool people into thinking it is homemade. Their Fleur de Sel Caramel Sauce was a fantastic addition to this classic pie.

I hope you enjoy this apple crumb pie recipe! 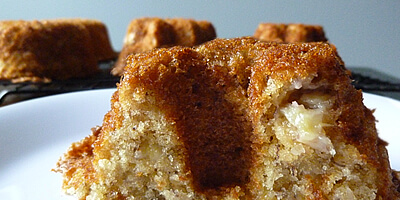 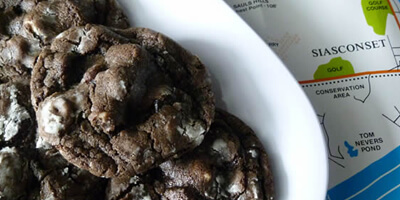 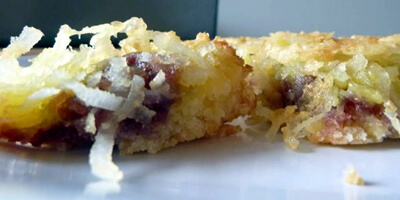 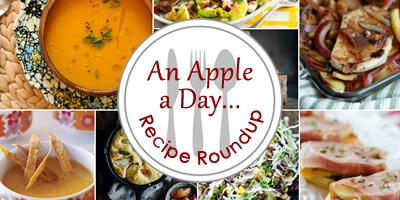