Maddie, Theron, and Me

Maddie, Theron, and Me 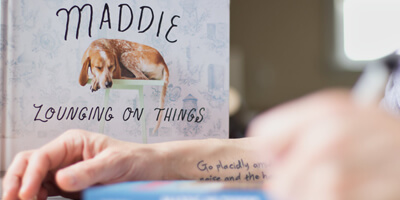 I can’t remember exactly where I was when I first saw Maddie the Coonhound. But I know for sure it’s a moment I will never forget. I was floating around the interwebs and there she was. Her freckles. Her floppy ears. Her precious face. It was this photo.

We’d just moved to North Carolina and Ruby was still alive. Down here is when folks started referring to him as a coonhound. I loved that. And I’ve been drawn to them ever since. As fate would have it, the photo I stumbled upon linked to an article about a then just-released book, Maddie on Things: A Super Serious Project About Dogs and Physics. The intro asks the reader “Have you ever met someone and in a minute you were old friends?” Yes. And I couldn’t wait to learn more about both of them.

Just a fella enjoying a glass of rosé wine and some kisses from his best dog ?

Like many, I bought the book and followed @thiswildidea on Instagram. Then I started my now years long ritual of impatiently awaiting notifications of new posts. As they crisscross the country together, the leaves come and go, the snow falls, they swim in oceans and desert watering holes. And all the while, there’s beautiful Maddie the Coonhound. In a word, she is love.

At the time our paths crossed in 2013, Theron Humphrey was navigating major crossroads in his life – both professionally and personally. So was I. (Again.) His wild idea was to leave it all behind and drive across the country taking pictures of his dog along the way. My wild idea was to start over in a place I knew almost nothing about on the coast of North Carolina. Theron grew up in coastal North Carolina. His photos were driven by a passion for the road less traveled and the meaning of life as seen through the eyes of a rescue hound. And he made no apologies about being a work in progress. That’s one way we differed. Because looking back at 2013, I had absolutely no idea how much work I had ahead of me. I thought I was starting over. I hadn’t even started to come undone.

I quickly became committed to trolling photos of Maddie. But the thing is, if you stick with her, you slowly realize that the subject behind the camera is just as compelling. These aren’t just the adventures of a cute dog and a great photographer – this is an artist using a canvas to set himself free.

My year, wrapped up so neatly in a few words y'all…."The credit belongs to the man who is actually in the arena, whose face is marred by dust and sweat and blood; who strives valiantly; who errs, who comes up short again and again. And who at the worst, if he fails, at least fails while daring greatly" . I've got eyes on you 2017 ??

Men In the Arena

By the end of 2016, when Theron posted Roosevelt’s quote about the man in the arena, I immediately sensed he must have read Daring Greatly. I had just recently finished it for the second time and was so fundamentally altered by it, that I sent a letter to author Brené Brown to thank her for her work. It started to make sense to me why Theron had begun revealing even more about himself. On my end, it hadn’t been a good year for me. And at that point it wasn’t just the photos that I was yearning for, his words provided equal comfort. I started to feel like we had more in common than I had originally realized. And I started to feel less alone in the world. I resolved to send Theron a letter in 2017.

In the Summer of 2017 Theron Humphrey released his second book, Maddie Lounging On Things. Self-described as “love songs to a wonderful dog who has been so devoted to me,” the photos are even more magnificent. Maddie is love itself. And the book’s introduction and acknowledgements provide us even more access to the artist himself.

“Good things often get used in unhealthy ways. Travel is a gift, but for way too long I was using it to cope. I was running from the childhood trauma of physical abuse. That’s a pretty human response to things in our past that we haven’t unpacked and healed from. We try to distract ourselves with things in the world instead of discovering the tools to get better.”

With deep joy, and a sigh of relief from months of work, I get to announce that my 2nd book is available for preorder today! There's a link out in my bio ✨ your support means the world to us and it's the biggest way that we get to keep creating what we love! – Maddie Lounging on Things is a collection of 150 photos I took from us stomping around the country over the past 4 years. I poured my heart into these images and its such a blessing to see them in print. – It was a pleasure working with @abramsbooks and @kylesteed on the cover. I'm nothing short of blessed that this is my life and it's not lost on me that all y'all following us over the years is the reason I get to do this. Thank you so much ??

After the book came out, Theron opened up even more and more. Sure, he had always written about his struggles and triumphs. But it was clear at this point that things were really beginning to change for him – or rather – change in him. He often wrote about codependency, vulnerability, shame, and trauma. Also during this time, he started revealing what was working for him. His practice of meditation involved “little 2 degree” shifts in direction that often focused on “holding life loosely”. For all the world to see, he was sharing how he was learning to let go. And what perfect timing, because I was a student desperate to learn.

“I read a little codependency book every morning, short meditations to ground a mans feet for the day. Today was about how the hardest part of recovery is letting go of what’s familiar. Truly leaning into the unknown. The grey space. Let me tell y’all this…that is one the most difficult lessons I have ever embraced. For years it was my coping mechanism to try to control and hold tightly onto everything in life. The fear of abandonment ran so deep in me.”

I never did write that letter to Theron in 2017. But I resolved for absolute certain that I would do so in 2018.

My resolution this year is to let go of the past, connect with myself, wake up, and be present. Glad I got this good dog with me for a reminder along the way ✨

And then before I knew it – 2018 vanished just as quickly. Those two years were the hardest of my life. Now as I write this, here we are in January of 2019. And I can feel it for sure – that things have finally started changing in me. It’s a deeper lever of consciousness. And all the while, there’s beautiful Maddie the Coonhound. Theron was right about committing to something. He was right about a lot of things. It’s time to write my letter.

An Open Letter to Theron and Maddie

Thank you first – and most importantly – for Maddie. I’ve spent so much time admiring her that sometimes I feel like I can smell her stinky doggy ears and feet. She either makes me literally LOL or I instantly weep. Either way, every hundredth of a second of her life has felt like an endless gift of pure joy to me. I really needed to get lost in a love story about a man and his dog. And there she was. You once wrote that it’s hard for you to accept and feel beautiful moments. I was surprised because I feel like I’ve learned so much about showing up from you. Especially when it comes to Maddie. I lost my coonhound in 2016 and still can’t even talk about it.

That’s the thing about regret, you hold on to it as long as you let it hold on to you. Or it kills you. I honestly can’t even believe I’m alive to write this note to you today. Details of our stories may be different, but the results to our brains were the same. I have watched you – in your words – unpack your shame. And even as you form new pathways in your mind, you are unwavering in the vision of your path on this earth. I suffocated myself with my own masks for decades and never even knew they were there. The weight of the secrets I carry would crush any mere mortal. I never thought I’d see the light.

In some of my darkest and loneliest hours, you and the work you put out have been there. It has provided me comfort and hope and a safe space to belong. You once shared a Wendell Berry quote that said “It is not from ourselves that we learn to be better than we are.” You have inspired me to be a better man – the man I was always meant to be. Thank you, Theron. Please give belly rubs with a flurry of kisses to that sweet girl. And to both of you, I send so much gratitude and love.

The last words my granddaddy spoke to me were “Theron, the old will die and the young may.” That set up some strange fears in my being, it’s like I’ve been trying and bargain with the universe my entire life. Some moments I’d catch myself thinking that if Maddie was by my side till she was 12 I’d feel real blessed. . But honestly I had it all wrong. These days I know it feels good to love someone and all I’m doing is waking up and saying thank you for today. Today is enough ✨

‘tis the Season: Cup of Tea, Anyone? 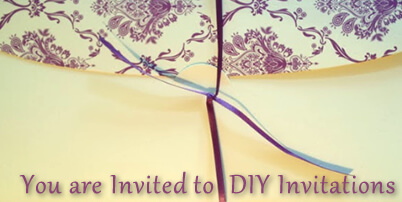