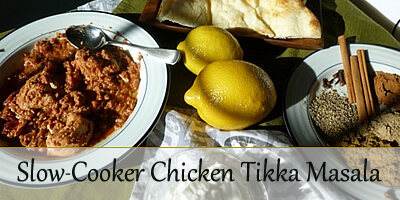 My office is full of people who love to cook. Monday mornings often find us chatting about what we’ve made over the weekend. If someone is a bit slow picking up a new recipe from the printer, someone else might end up making a copy. We have even created a shared Dropbox folder so that we can swap our favorite recipes. Lately we all seem to be using our slow cookers. Most of us have small households so, before one commits to making a big batch of something, it is good to know what successes and failures others have had. Hands down our go-to cookbook seems to be Slow Cooker Revolution by America’s Test Kitchen. As I have written in my top cookbook gifts post, it has great recipes and helpful tips to make your slow-cooked meals the best they can be. This shared love of cooking inspired this recipe. A few weeks ago I printed a chicken tikka masala recipe from Table for Two. When I went to pick it up from the printer, my co-worker mentioned that she had just made the same recipe a few nights ago. She had been a bit disappointed, but couldn’t figure out quite why. Another co-worker said that he had tried a similar recipe from Chow.com and had the same experience. We were still discussing this when Anna (of Anna’s Double Ginger Pie) joined the conversation. She had purchased Anupy Singla’s The Indian Slow Cooker, a slow-cooker cookbook dedicated to Indian cuisine. We compared the three recipes and I offered to experiment to create one master slow-cooker chicken tikka masala recipe combining the best elements of the three. Like many slow-cooker recipes, it tastes better the second day and freezes well. This recipe combines the best techniques and elements of chicken tikka masala recipes for the slow cooker to create what I hope is one of the best versions out there.
Course:  Main Course
Cuisine:  Indian

For the slow cooker:

Please join me on my Slow-Cooker Recipes Pinterest board. Also, be sure to check out my slow-cooker chicken enchilada soup and Jake’s Slow-Cooker Sweet Potato Chickpea Curry recipe. What’s your favorite meal to prepare in the slow cooker or crock pot? I’m always happy to try a new recipe!

Editor’s Note: This post was originally published in 2013 and has been updated for comprehensiveness. 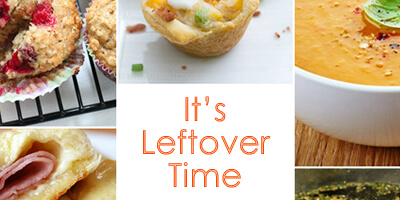 ’tis the Season: How to Spot Local Produce 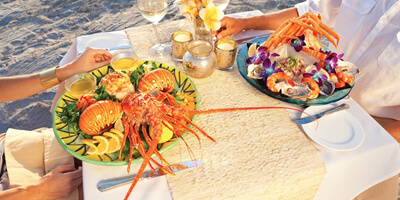 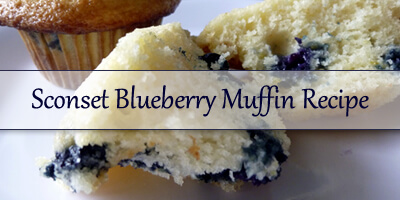